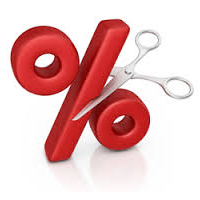 The cut has been talked about for some time and I admit I’m a little surprised it has come so early. I thought it was more likely to be the end of 2016 or maybe even early 2017. However, the reduction has been done for a reason and it can be nothing but positive to an already strong buy to let property market and should benefit owner occupiers and buy to let investors alike.

The Bank of England has also signalled that rates could go lower if the economy worsens.

The Bank announced additional measures to stimulate the UK economy, including a £100bn scheme to force banks to pass on the low interest rate to households and businesses.

It will also buy £60bn of UK government bonds and £10bn of corporate bonds.

Governor Mark Carney said there was scope to cut the interest rate further.

He said that a majority of the nine-member Monetary Policy Committee (MPC) backed another cut if subsequent data showed the economy was deteriorating.

Mr Carney also took a tough stance on banks and the introduction of its Term Funding Scheme. This will lend directly to banks at rates close to the new 0.25% base rate to encourage them to pass on the lower interest rates to businesses and households.