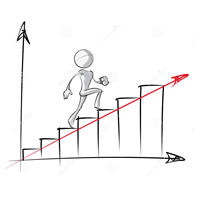 This kind of article frustrates me. Why set out to headline and introduce such a negative slant on the property market when the rest of the article contradicts the intro. We all know that people are often guilty of reading headlines and not the entire article so writing in such a way merely breeds negativity.

Residential property prices look set to fall across many part of the UK next year as the housing market and wider economy faces a severe loss of momentum following the UK’s decision to leave the EU, according to Countrywide.

Property prices were at the forefront of the EU debate in the run-up to the referendum, with the now former Chancellor George Osborne claiming that the value of homes in the UK could fall by as much as 18% following a Brexit vote.

Based on the average price of a home in the UK, Osborne’s forecast suggested that the average residential property could fall in value by more than £50,000 within two years of the vote in comparison with what it would be if the UK stayed in the EU.

But while Countrywide expect to see prices depreciate in 2017, the estate agency forecasts that the average price of a home in the UK will drop by just 1%, led by falls in London’s prime markets, before rebounding in 2018.

The company predict that home price growth across the country will slow to 2.5% this year, drop 1% in 2017 before recovering 2% in 2018, with Brexit cited as the main cause for the market slowdown, although higher stamp duty is also expected to contribute to cooling market conditions, particularly in the capital.

Countrywide expects property price growth in London to slow to 3.5% this year, but contract by 1.25% in 2017 and increase by 2% the following year.

Fionnuala Earley, Countrywide’s chief economist, said: “Forecasts in the current environment are trickier than ever as the vote to leave the EU has thrown up many risks. Our central view is that the economy will avoid a hard landing, which is good news for housing markets.

“However, the weaker prospects for confidence, household incomes and the labour market mean that we do expect some modest falls in house prices before they return to positive growth towards the end of 2017 and into 2018.”

We’ve commented on this before on previous blog posts and given our thoughts and opinions on the property market particularly after the scaremongering of the BREXIT vote period and we said that overall that property price growth  will slow but not drop. Seems like Countrywide are agreeing!