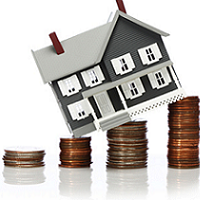 Lots of people seem to have jumped on this headline from an article released by the Royal Institute of Chartered Surveyors (RICS) this week.

It of course nicely fits in with the governments ongoing support for the construction industry and target to build more and more new homes.

Section of the article reads as below:

The UK is facing a “critical rental shortage” which requires a building programme to focus on providing for tenants, a surveyors’ body has said.

At least 1.8 million more households will be looking to rent rather than buy a home by 2025, the Royal Institution of Chartered Surveyors (RICS) claims.

It has called on the government to offer tax breaks to encourage building and investment in the sector. The Conservative Party has indicated its focus remains on home ownership.

It said that any further investment in property by landlords had been hit by changes to stamp duty in April.

Anyone buying a home that is not their main residence must now pay a 3% stamp duty surcharge.

This led to a spike in property purchases in March, with transactions falling quickly again thereafter. Next year, landlords are likely to be hit again when their right to deduct their mortgage interest from their income tax bill is removed.

BASTION ESTATES COMMENT: It is good to read that RICS have supported what most industry professionals already know and it does demonstrate the growing demand for rental homes. It is something more than apparent to the buy to let market and of course is one of the main driving forces for the demand. The stamp duty introduction has certainly not effected our business and the ongoing proposed tax changes will mean buy to let property investors will need to ‘box clever’ but ultimately the returns from property are seldom rivaled and the growth is ongoing.