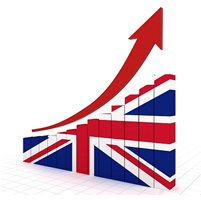 Maybe it’s my old life in the corporate world that means I’m often drawn to statistics and what they tell us but the Office for National Statistics do produce some interesting data.

Whilst I appreciate that it is only a snapshot of this calendar year so far up until the end of August but it shows us a housing price growth of 5% nationwide. Remove Scotland and Wales and the growth is 5.3%. This alone is a solid recommendation and offers great support and strength in the UK housing market. The growth may not be spectacular but it is steady and proven.

Naturally the 5% figure is an overall average and driven by regional variances. We as a company tend to focus on the north of England taking in the midlands as a whole and the M62 corridor and north up the Scottish border. In our core area the north west is up 6.5%, Yorkshire up 4.8% and the midlands (east & west combined) is showing a 5.8% increase. Lowest is London at 2.6% and Wales and Scotland are in the threes.

Some of this is good reading and most is not entirely surprising with ongoing steady growth being reported everywhere. Whilst these stats are only 2017 up to the end of August they are not hugely different from 2016 and show that steady but encouraging stable performing appeal that brings so many people into the buy to let property market. The growth is there and the rental demand continues to soar.

As a quick add on but a relevant supporting fact; the construction industry grew 2.3% in this period which was reported as being down to the growth in new work in private housing.