Repeat Clients and a Solid Buy to Let Approach 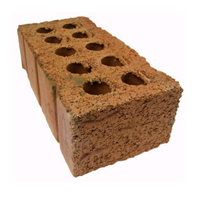 Much of our time is spent searching for new build housing schemes or of course responding to the ones we are offered or referred to. Some are rejected as you know it’s not good enough or the area is wrong or the developer is deluded about the worth value of his property.

Many times when we do the relevant research on the properties we are considering we subsequently propose our prices and needs to the and occasionally it is simply too cheap for the developer. We will try and work with the developer and we can sometimes make the deal work for them and the buy to let investors and investment companies we source for, but often our proposed investor prices are what they are and can’t be moved. We know what buy to let property investors want so we can’t budge.

It is interesting that time after time the developers that reject our proposals then contact us again after a few months have passed. We don’t like taking advantage of anyone’s financial misfortune but sometimes it is the nature of the business and we can genuinely help developers at the start of a new development scheme or at the end. We have had three house builders come back to us over the past ten days all three of which we proposed buy to let investors figures on some time ago. The Barnsley scheme was three months ago, the Liverpool scheme two months ago and the Rotherham scheme was October 2016.

The Barnsley scheme in particular is one we have wanted for some time so it’s great to secure the deal even if it has taken over three months!

It hopefully proves that we are consistent in our approach and our reputation is solid and proven.