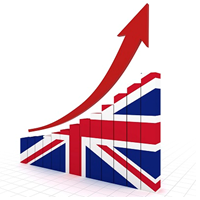 Depending upon your opinion The Office of National Statistic might not sound interesting but some of the statistic result articles are most interesting. Looking at this from a property rental perspective the below makes good reading.

Rental prices increased in all the English regions over the year to January 2016.

The lowest annual rental price increases were in the North East (0.9%). Comment: This is one of the reasons why we rarely offer property in the North East. Happy to explain what the others reasons are if you want to contact us.

BASTION ESTATES COMMENT: There are no real surprises in these statistics. London has lead the way on growth for some time though reports would suggest the excesses of the London market are weakening. Our focus is of course the rest of England and particularly the growth in the northern regions of England #northernpowerhouse. Whilst there are headlines suggesting private rents are escalating beyond control and the private landlord is some sort of greedy vulture the statistic merely show a steady but unspectacular growth. The reasons for the growth are varied but we all know home ownership figures are down, the population is growing and ageing and that many simply cannot afford the deposit levels expected by the UK banks. Renting is here to stay and for the long term. Supply and demand comes into play like in any business and tenants are becoming more discerning, choosing better quality homes with new quality fixtures. Speak to any letting agent and he will tell you this. This suits the new build property market well and our core business is built around the discounted new built housing market. Landlords buy new, with new build warranties, new fixtures and fittings and therefore are more likely to secure quality long standing tenanted who appreciate their new home. Steady growth is fine with us!