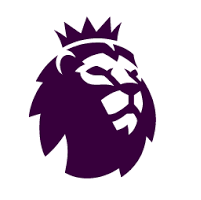 For those that don’t know Bastion Estates is a commercial partner of Huddersfield Town Football Club and have been for three years. Prior to this we’ve done some occasional sponsorship over the years but we formalised our relationship in 2014. The decision back then was made for business reasons and personal reasons, as I’m a Town fan and have been all my life.

In my thirty eight years of watching the Terriers a lot has been mediocre, average, desperately mainstream but with some occasional memorable success. You can’t accuse a Town fan of being a glory hunter that’s for sure, or am I now wrong? Huddersfield Town are now officially in the Premiership! It still seems odd to use the words Huddersfield and Premiership in one sentence but WOW…what can I say. Life is certainly going to be different.

I’m not directly comparing Bastion to Huddersfield Town Football Club but there are some similarities. Bastion have kept a level head and maintained steady progress through persistence, reputation, delivery and not spent money to impress or recruit unnecessarily or to over expand. Others have and failed and regretting their choices. Our more considered approach means we have succeeding and are succeeding when others are failing. I’m not suggesting we are always right but the results speak for themselves!