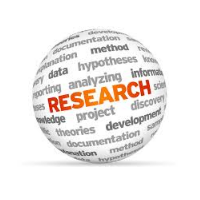 ‘Hidden’ service charges on the rise, says insurer (reported the BBC in March 2016)

Service charges faced by buyers of newly-built properties are a “hidden cost” reaching an average of £2,777, a survey suggests. It said buyers of apartments coming onto the market this year are paying significantly more in service charges than those buying older properties.

Insurer Direct Line for Business suggested a third of managers raised these fees in the last two years. “Trendy” additions such as gyms and cinema rooms add to servicing costs.

Fees: Leaseholders pay a service charge or fees to a management company to cover maintenance of the building. They tend to vary from year to year. Owners who rent out their homes may pass on these costs to their tenants. The survey suggests that leaseholders of newly-built properties are paying a lot more in these charges than the general average of £1,863.

“Service charges are often a hidden cost, which should be factored in when considering the affordability of a property,” said Nick Breton, head of Direct Line for Business. “In some cases service charges are uncapped and can escalate rapidly. Landlords need to take into account all associated costs when purchasing a property, such as service charges, ground rent and taxes.”
The research also suggested that some developers are also requiring freeholders to pay fees for the upkeep of private roads or communal gardens in private estates.

BASTION ESTATES COMMENT: It is not necessarily inaccurate and raises a good point but it is something we as buy to let property specialists highlight to potential investors. Our reports on each approved opportunity make buyers aware of such charges as they can seriously reduce the net returns for buy to let investors. There is nothing hidden as far as we are concerned! It is of course one of the reasons why we generally avoid larger schemes with high service charges as it makes poor financial sense and another key issue is that high charges tend to go with larger schemes which often have a high percentage of investors. This means landlords are competing against each other for tenants and this can easily drive rents down. Whilst there are exceptions to the rule we generally source buy to let opportunities in smaller schemes and more sensible service charges. It makes logical sense…source the right opportunities and look after your buy to let investors.

To give one example only last week a developer approached us with a scheme with service charges reported at nine hundred and fifty pounds per annum. This made little sense to us as the scheme was relatively small and had no additions such as gyms and we knew it was unjustifiably too much. We have renegotiated it down to a more reasonable figure and one far more appealing to our investors.