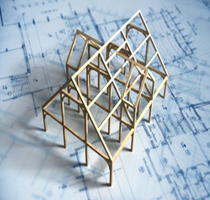 NHBC reports zero growth in the number of new homes registered to be built during the third quarter.

The number of new homes registered in the UK has stalled, an ominous sign that the government will likely struggle to meet its target of overseeing the construction of a million homes by 2020.

There is a serious housing shortage in some areas of the country, particularly London and the south east. House building is running at around half the level needed to meet demand, fueling house price and rental growth.

Figures from the National House Building Council (NHBC), an insurance and warranty firm that covers 80% of the market for new homes, show there were 35,393 registrations in the third quarter of 2016, just one fewer than the same three-month period a year before.

A significant increase in the number of new affordable homes being registered, rising 18% annually to 9,191, offset a drop in new private home registrations by 5% to 26,762.

Almost all new home registrations eventually convert into completions, though it can take longer than a year depending on how quickly construction work progresses. There were 31,759 completions in the third quarter, said the NHBC, up 5% over the year.

“Our latest statistics show that the industry continues to consolidate on the strong growth in registrations seen in recent years,” said Mike Quinton, chief executive of the NHBC. “Following a quiet July, registrations bounced back in August and September as the industry shrugged off early nervousness following the vote to leave the EU.”

London was the worst-affected region, experiencing a 45% drop in the number of new home registrations in the third quarter, to 3,856. The city, a global financial centre, has been hit by uncertainty surrounding the vote for Brexit. The prime property market has also cooled in London amid tax hikes on investors and buyers of expensive homes.