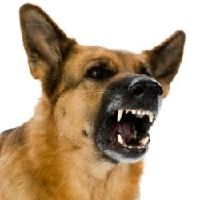 Not quite as the title suggests but Bastion Estates was talked into a last minute Man of the Match sponsorship opportunity at Huddersfield Town AFC. The ‘mighty’ Terriers (hence the mad dogs) were hosting Brighton & Hove Albion.

Our select band of supporters gathered to watch the game and nominate the man of the match. Keeping the guests local I was joined by Michael Eastwood of @eastwoodhomesuk Jonathan Hill of @pierrepont1862 Chris Moorhouse of @bentleygrange and my brother Warwick Davis (no not the dwarf actor!!). The challenging task was that two guests have no interest in football, one is a Notts County fan and the other is an occasional Terrier. However, with a sterling second half performance we jointly nominated Jacob Butterfield. A great second half goal on his part and a solid performance. Admittedly we were on our sixth pint when he was formally introduced to us but to his credit he was a good sport and humoured us accordingly.

Big thanks to the HTAFC Commercial Team.