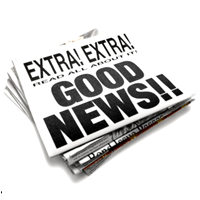 I need to stop reading The Telegraph! I don’t buy it and merely catch the occasional article online but this headline is typically doom and gloom with a supporting article that almost directly contradicts the headline. I appreciate House prices to fall in post-Brexit tumble is an eye catching headline and one that does the usual media negative slant but why can’t the media deliver good news headlines –  positivity, encouragement and dare I say it…the truth.

There’s a small snapshot of the article and line five and six hardly support the headline do they!

The number of people wanting to buy a house has fallen to the lowest level since mid-2008 amid post-referendum uncertainty, according to the Royal Institution of Chartered Surveyors.

In its residential market survey, which has been carried out since the referendum, 27pc more surveyors polled said that house prices would fall rather than rise across the country in the next three months.

That dip in prices is expected to remain in London and the east of England for the next 12 months. This fall is not expected to be in the long term, however: those polled said that prices are still expected to rise over the next five years across the country, by an average of 14pc.

Bastion Estates do not promote property in London and never have. Our core area of influence and focus is the midlands and the north of England. In today’s terminology NORTHERN POWERHOUSE! Cheaper prices, high rental yields for investors, great rental demand and a property market not living the inflated excesses of the London market. The core bit of the article is that industry professionals forecast ongoing growth. We agree and have said so many times already. Stable steady growth is what we want.