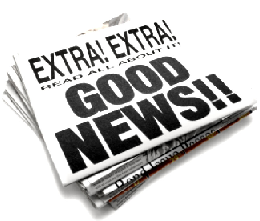 House prices across the UK are continuing to cool down, according to figures from the Office for National Statistics (ONS).

The annual rate of house price inflation fell to 7.2% in February – down from 8.4% in January, and the lowest rate for more than a year.

However, in the short term, between January and February, prices rose by 0.6% on a seasonally-adjusted basis.

The average house price across the UK is now £268,000, the ONS reported.
Separate figures show that mortgage lending fell significantly in February, according to the Council for Mortgage Lenders (CML).

Paul Smee, the CML’s director general, said seasonal factors had not helped the market.
“This typical seasonal trend may also be exacerbated by uncertainty ahead of the general election, but we still expect to see an upturn in the spring and summer months,” he said.

GUY’S COMMENT: Why do newspapers insist on this kind of headline grabbing rubbish. It really isn’t newsworthy. The headline implies doom & gloom when it’s really only reflecting a tiny snapshot of an annual market trend. Surely all the article shows is that the property market is growing steadily and that it is not reaching unattainable dizzy growth and it’s still a sound solid purchase option and investment for those looking to produce income and growth.