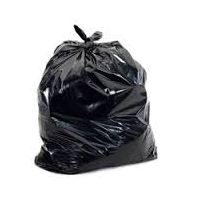 We are staggered by the former business minister Sir Vince Cable poorly informed, naive and narrow minded  views on the UK buy to pet property market. The below is taken from Property Industry Eye and it’s almost laughable. Comment on things you know about, and have the full picture before you do!

The 73 year old Vince has warned of the possibility of another housing market collapse.

He said there are “worrying signs” that Britain is “reliving the bubble of the pre-crash”.

He was one of two ex-ministers to weigh into the private rented sector within days of each other, their concern sparked by the booming buy-to-let industry.

In July, one in five home loans were to buy-to-let investors and the Bank of England noted in the record of the last meeting of its Financial Policy Committee that the stock of buy-to-let lending has risen by 40% since 2008, compared with a 2% rise for owner occupation.

LibDem Cable said that the property market is unaffordable to most people in the country, with price rises fuelled by buy-to-let activity and lack of supply.

He said further tax measures would be necessary to clamp down on the buy-to-let market.

Cable, speaking at the Association of Short Term Lenders conference, warned that the financial crisis of 2008 had been an “economic heart attack”.

He added that we are still living with the consequences.

In an interview with the Telegraph, he said there is “huge discontent” over housing.

He went on: “We need to reclaim the mantle of the party of home ownership, and to do that we not only have to build more houses but ensure that they are available for people to buy.

“Too many new houses and flats are immediately snapped up by buy-to-let landlords, and never become available for first-time buyers.

“I am delighted that we have taken the first steps towards removing the tax advantages for buy-to-let, but I suspect there is much further to go and therefore more political courage required.”

He said: “In spite of the Government’s plans to cut tax breaks for landlords to level the playing field between buy-to-let borrowers and first-time buyers, the fundamentals for buy-to-let are still strong.

“Whilst yields may be affected by the reduction in mortgage relief, the shortage of new housing stock, people renting for longer, and new pension freedoms, will continue to drive this sector.”

Barber also said: “Whilst the Government may have successfully cooled the upper end of the market, their efforts to increase housing stock seem to revolve more around rhetoric than delivery.

“The increase in buy-to-let lending over the last three months is indicative of the public’s long-term faith in property as an investment.”