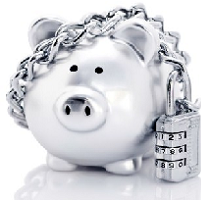 An article earlier this week on BBC News was headlined MPs say ‘dominance’ of big home-building firms must end. It’s interesting reading but misses a key point – refer to the bottom for our comment.

MPs have called for an end to the dominance of big home-building firms to fix the “broken” housing market.

The communities and local government committee said the eight biggest firms built more than half of all new homes.

MPs said the government should do more for smaller builders who do not have the scale to bid for big projects, but the Home Builders Federation, which represents large and small businesses, said only big firms could spread the risks large-scale projects pose.

The committee also said local authorities should prepare land for home building. That would include providing the infrastructure needed, such as roads and public transport.

“The housing market is broken, we are simply not building enough homes,” said Clive Betts MP, chair of the committee.

“Smaller builders are in decline and the sector is over-reliant on an alarmingly small number of high-volume developers, driven by commercial self-interest and with little incentive to build any quicker. “If we are to build the homes that the country so desperately needs, for sale and for rent, then this dominance must end.”

The committee found that smaller builders struggled to obtained land for development, as local authorities focused on large sites which only big companies could afford to take on.

The Homebuilders Federation said: “We fully support the committee’s call for measures to assist smaller builders, encourage new entrants and scale up specialist housing sectors, such as the retirement housing market.

“The vast majority of the big increases in housing supply in recent years have come from the larger, mainstream builders – but we need more builders of all sizes and specialisms if we are to tackle our acute housing shortage.”

In February the government promised to build more affordable houses and help people buy and rent, after admitting the current market was broken.

The housing strategy for England included giving councils powers to pressure developers into starting building on land they own.

BASTION ESTATES COMMENT: I’m not necessarily disagreeing with any of this article but what is increasingly alienating the independent house builder is the acute limitations of available funding. Generally speaking the mainstream high street lenders talk a good show but the end criteria for the independent house-builder makes it difficult, financially restrictive or it’s simply impossible. Let’s be blunt by saying that many high street lenders talk about lending but ultimately don’t want to, so what does the independent do? The answer is they can’t build! This is not the direct fault of the PLC house-builders but the financial market. Far too many banks won’t support the independent and I can only assume it is because of the perceived risk.

Often the independent is turning to ‘specialist’ bridging finance companies to secure the funding and this is sometimes a risky business. This is worthy of a separate BLOG post at a later time, but if you’re interested in our comment and experience of this feel free to contact me through the office.