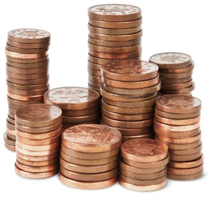 The Bank of England has left the UK interest rate unchanged at 0.25%, in line with market expectations, following the conclusion of its latest Monetary Policy Committee (MPC) meeting on Thursday (3 November).

The MPC also voted unanimously to maintain its level of government bond purchases at £435bn ($542.7bn) and corporate bond purchases at up to £10bn. However, the rate-setting committee opined that it would not extend the quantitative easing programme further to boost the economy at the present moment in time.

However, the UK central bank cut its growth outlook for 2018 to 1.5% from 1.8%, and warned that the country’s access to European Union markets could be “materially reduced” which would hurt growth over “a protracted period”.

BASTION ESTATES COMMENT: This is only a section of the article from International Business Times but a relevant and nice little snapshot of how the Bank of England sees the next couple of years. You may argue that it is not overly positive but we would disagree. Good solid steady growth in a stable market is always welcome.