Bank of England: Rate Rises will be Gradual & Limited 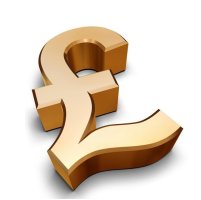 Mark Carney’s comments won’t come as a surprise to most people and certainly we did forecast a marginal interest rate in previous blogs for later in 2017. Whilst we are not correct yet, it is looking likely. This kind of comment is relatively indifferent but still interesting to note and also worthy of mention is the rise in the pound as a result of his comments.

A section of the article from BBC News is below:

Any increases in UK interest rates in the coming months will be “gradual” and “limited”, Mark Carney has said.

The Bank of England governor said that “some withdrawal of monetary stimulus is likely to be appropriate over the coming months” to help return inflation to its 2% target.

Inflation hit 2.9% in August as the effects of the slump in sterling following the Brexit vote continued.

It is likely to stay above 2% for the next three years, Mr Carney said.

The governor made the comments in a speech to the International Monetary Fund in Washington DC on Monday.

The Bank’s Monetary Policy Committee last week gave a strong hint that the UK’s first-rate rise in a decade was nearing, despite the uncertainty surrounding Brexit.

Until last week, most economists had expected the Bank to wait until later next year or even 2019 before raising rates.