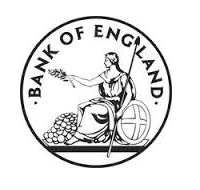 In its latest Inflation Report it cut its forecast for growth this year to 2.2%. In November it had predicted growth of 2.5%.

The central bank also released the minutes of the latest meeting of its interest rate-setting committee.

It voted 9-0 to keep interest rates at 0.5%. Ian McCafferty, who had been voting for an increase since August, unexpectedly voted for no change. The report downgraded the Bank of England’s expectations about what is going to happen to wages. The Bank now expects average weekly earnings to increase by 3% this year, down from the 3.75% it predicted three months ago.

Analysis: Kamal Ahmed, economics editor: The Bank said that persistent low inflation, increases in population and therefore labour supply and changes in taxes meant that it was unlikely that incomes would increase at the rate suggested last autumn.

It said that wage growth had “eased significantly more” than anticipated.

It will be 2018 before average weekly earnings are increasing at the rate experienced before the financial crisis, the Inflation Report suggested. The Bank of England also cut its forecast for growth in 2017 to 2.3% from the 2.6% it was expecting in November.

“The Bank of England has made clear that they don’t think growth or inflation is going to do much for a while, so there’s no need to put rates up any time soon. “The minutes of the rate-setting meeting said it was “more likely than not” that its key interest rate would need to increase within two years.

BASTION ESTATES COMMENT: The article in many respects is worthy of little or no comment. It makes a good headline but broadly speaking it ultimately supports what we already know. From the view point of the UK buy to let property market it further supports the obvious growth in buy to let properties and the growth in demand for properties to rent.