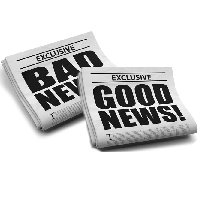 The much publicised autumn statement was delivered by George Osborne this week and the BUY TO LET PROPERTY market has featured heavily, followed by a dirge of predictable negative comment from so called property experts.

Below is a snap-shot of the BBC News article.

Buy-to-let landlords and people buying second homes will soon have to pay more in stamp duty, the chancellor has announced.

From April 2016, those in England and Wales will have to pay a 3% surcharge on each stamp duty band.

George Osborne said the new surcharge would raise £1bn extra for the Treasury by 2021.Landlords reacted angrily to the change, saying it would “choke off” investment in rented properties. The stamp duty surcharge will lift each band by 3%. For the average buy-to-let purchase of £184,000, that means they will pay an extra £5,520 from April 2016.

Buy-to-let landlords will also be hit by a change to Capital Gains Tax (CGT) rules.

From April 2019, they will have to pay any CGT due within 30 days of selling a property, rather than waiting till the end of the tax year, as at present.

Up to £60m of the money raised from the stamp duty surcharge will go to help home-buyers in England in places where holiday homes have forced up local prices.

The Help to Buy (equity loan) scheme in England will also be extended to 2021, one year longer than planned. The loan will be interest free for five years. Elsewhere the existing maximum loan is for 20% of the property’s value.

In total, the government will put an extra £6.9bn into housing.

BASTION ESTATES COMMENT: The government might be financially penalising the buy to let landlord but the stamp duty changes are a relatively minor expense. Paying £3,000 in duty will not affect the unquestionable returns being earned from a well sourced, discounted buy to let property. Surely what needs to be highlighted here is the huge investment the government is continuing to make in the property market, clearly judging it of paramount importance to the economy as a whole. The detail can happily be discussed more if you wish to contact the office but what other industry is the government investing in to this magnitude? You’re right, there isn’t one! The so called bad news as a whole is ultimately good news!