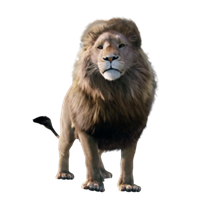 Am I in Narnia or has a broadsheets economics’ editor really decided to type some rather fanciful wand waving “5 Steps to Avoid the Housing Market’s Perfect Storm”?

The article is long winded and relates heavily to the dysfunctional London market and whilst many of us are aware there is an affordability issue and rents are increasing too fast in some areas the ‘avoidance steps’ sadly have little substance.

The 5 steps are below and our response is below each step.

The first is to stop doing more harm through counter-productive policies such as help to buy.

The second is to change the tax system, starting with council tax reform and action to prevent land hoarding.

The third is to increase supply, and the housing expert Kate Barker has suggested ways the government could do so, such as identifying large sites abutting urban areas and acquiring them at a modest premium to the value of their existing use.

Step four is for the Bank of England to adopt a kid-glove approach to raising interest rates. The idea is to engineer a gradual fall in real – inflation-adjusted – house prices, not a recession that leads to a sharp increase in unemployment.

Step five is to find a way of boosting wages, because there are two ways in which houses can become more affordable. Earnings can rise or house prices can fall. The housing market will only become less dysfunctional when Britain becomes more productive.

Stay away from the wardrobe people. When the fur coats become fir trees there may be trouble ahead. OK I’m being a little cruel but the 5 Action Steps are pretty general and not really a defined recommendation.